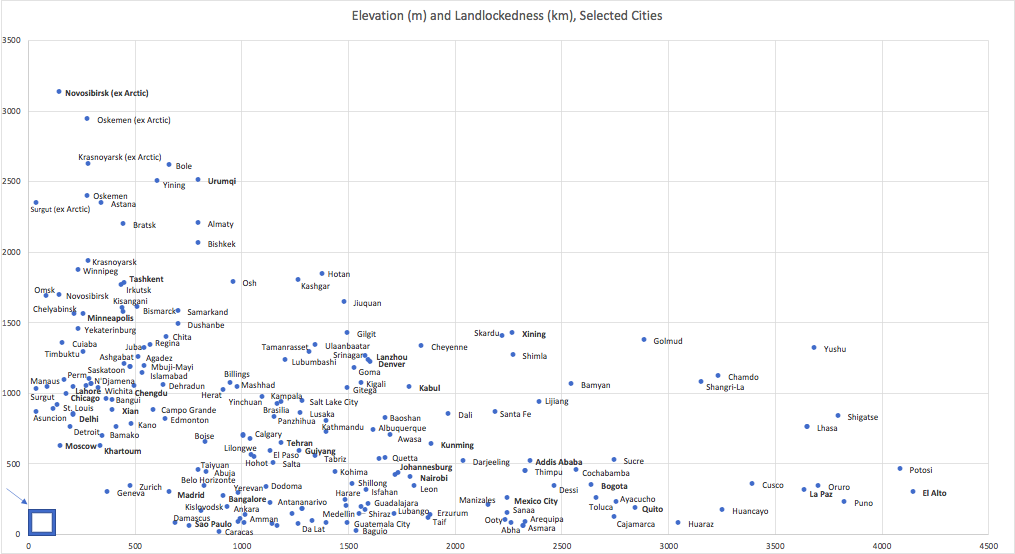 Elevation and proximity to the sea are two important factors that can influence a city’s climate and economy. Here, in the first of what will hopefully be many home-baked charts, I have tried to plot many of the world’s cities according to these factors, to provide a comparative perspective that may be of interest.

I’ve made a few rookie mistakes: the chart may be a bit blurry (if so, you can download the following document to see a clear version), and I put elevation on the horizontal axis, though it would have been more intuitive to have it on the vertical…

There is a lot happening in this chart, so let’s walk through it together: